Haryanvi singer, lyricist, music producer, actor & director Gulzaar Chhaniwala’s new song titled “No One Knows” from the house of VRYL Haryanvi has garnered over 9 lakh views on YouTube in less than 24 hours.  Comments like- ‘Again Gulzaar proves that no one can beat him’, ‘Gulzaar is the backbone of Haryanvi industry’, ‘Proud to be fan of Gulzaar Channiwala’ have flooded the comment section of YouTube.

Seen in a folk look of a gangster, the plot of the song revolves around the protagonist (Gulzaar Chhaniwala) taking revenge for a girl who was mistreated by a group of goons. But, with the iconic Gulzaar, the story is never as simple as that, in his quintessential swag he avenges the girl & punishes the culprit.

Gulzaar Chhaniwala is one among the great names that always come into sight while talking about the Haryanvi industry. We all got introduced to this bundle of talent through his chartbuster tracks- Filter Shot, Dole Laadle, Dada Pota, Chain Sone Ki, to name a few, are some of his most popular songs. His song” Faad Faad” released in august 2018 accumulated 70+ million views on YouTube. On Jul 21, 2020, he came out with the song” Farmer” in the support of farmer and Army life, and the song received over 25+ million views.

Talking about his inspiration for the song, he says “With each song my motive is to highlight certain issues. With No One Knows I have tried to bring light upon the issue of women safety, I only hope that this song starts conversations how a woman’s safety is everyone’s responsibility” 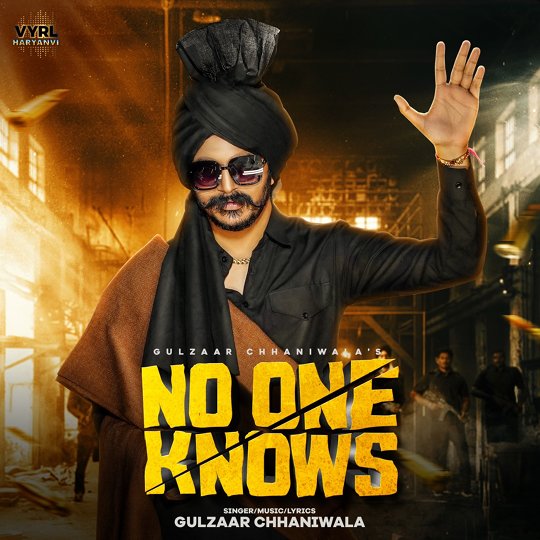